The Financial Independence Retire Early is a lifestyle full of obtaining financial independence while on early retirement.

The program enables its devotees to sustain their standard of living and minimal lifestyle when they leave the workforce on time.

Not all workers who retire early or late are financially supportive of themselves.

However, read on to learn how Financial Independence, Retire Early works.

What is Financial Independence Retire Early?

Financial Independence Retire Early, or FIRE, is a financial movement defined by economizing and ultimate savings and investment.

It is a movement made by people devoted to a program of extreme savings and investment that aims at allowing them to retire earlier than retirement plans and traditional budgets would authorize.

The movement takes a direct aim at the conventional retirement age 9f 65.

Moreover, FIRE is a term from the book “Your Money Or Your Life” by Joe Domingeuz and Vicki Robin and published in 1992. Later, it was revised in 2008 and updated in 2018.

The book’s purpose is to disseminate the preliminary plan for early retirement; to show people how to live well while wasting less of the world’s resources (when retired) to have a more rewarding life.

Individuals seeking to attain FIRE knowingly maximize their savings by increasing income and decreasing expenses with investments that boost their wealth and income.

A matter of fact is to accumulate assets until the resulting passive income provides enough money for the standard of living throughout one’s retirement years.

Lately, millennials, in specific, have adopted the movement to enable them to have a good life even when retiring early.

RECOMMENDED: 10 Ways to Rapidly Catch Up on Your Retirement Savings in Your 40s

FIRE is divided based on each individual’s lifestyle and savings. They include:

The Importance of FIRE.

FIRE is helpful as it enables its proponents to maximize their spending while in the workforce.

And the benefits of getting involved in FIRE are mentioned below.

The Downward of FIRE

Despite the benefits of FIRE to its supporters, there is some dark side. That is what I will discuss below.

In Financial Independence, Retire Early (FIRE), individuals tend to retire earlier than the retirement plan and age (65) by dedicating up to 70% of their income to savings while still in the workforce full-time.

And, when they have saved roughly 39 times their yearly expenses, or up to $2 million, they may retire completely or quit their jobs.

To meet up their standard of living when retiring early, they minimize their expenses both during their working years and the retirement period, living a simple lifestyle.

FIRE devotees have a frequently used rule of thumb for retirement spending known as the 4% rule.

It says that retirees can withdraw 4% of their savings in the first year, but in the following years, they adjust their withdrawal for inflation to avoid short of funds during their retirement days.

How Much for Financial Independence Retire Early

With up to 70 percent of your annual income, a FIRE retirement adherent can quit working and live off small withdrawals (30% to 40%) from their savings (accumulated funds) to cover expenses during their retirement period.

The Break Even Point for Early Social Security

The Break-even point is the point at which the total cost and total revenue are proportional-no net loss or gain is involved.

However, the break-even point for early social security is around 78 and 8 months. By then, your total benefits from claiming at 67 exceed the ones you would get by retiring at 62.

30 Simple Ways to Save Money Fast on a Low Income

Financial Independence, Retire Early is a financial movement program that enables workers to save up to 70% of their revenue while still in the workforce.

They live a simple lifestyle to maintain their standard of living when they retire early, but it creates a healthy lifestyle and causes low social security.

Here are the most asked questions on Financial Independence Retire Early.

Can I Stop Working at 55 and Collect Social Security at 62?

Is Social Security Based on the Last 5 Years of Work?

What is a Good Monthly Retirement Income?

A good monthly retirement income is the income that can sustain your standard of living when you retire from the workforce.

It should be about 70%-80% of your pre-retirement revenue.

What is the Maximum Social Security Benefit at Age 62? 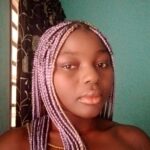 Favour Nnenna
I am a writer and researcher, a practical digital marketer, and a copywriter who communicates value to a society based on years of experience and knowledge in the field.