As the popularity of cryptocurrency continues to increase (even as the value of the market drops), there is an ongoing trend of celebrities ‘endorsing’ trading robots. Whilst crypto robots are a common approach to managing crypto portfolios, do they really have the backing of celebrities? Or are they being promoted using the name and image of our famous friends without them knowing?

It is important to understand why cryptocurrency robot scams are increasing. As a result of growing media attention and potential FOMO (fear of missing out), would-be crypto enthusiasts want to enter the market and make a quick profit. However, like any investment opportunity, cryptocurrency is prone to drops in the market, as well as increases.

This has been highlighted by the perceived coming of the crypto winter, whereby the overall market is down massively, with Bitcoin valued at around $22,000 at the time of writing, down from its peak of $67,500 in November 2021.

This FOMO is causing more potential scams to appear, so whilst there are plenty of legitimate crypto robots, there’s also plenty of crypto scammers to be aware of.

So, should you invest in crypto just because your favorite celebrity says so? Or are celebrities ripe for crypto scams? 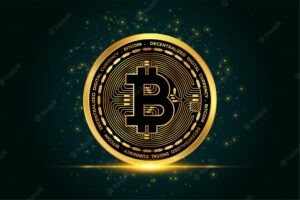 Why Are Celebrities Being Listed on Crypto Robots?

The main reason we see celebrities listed on crypto robots is ultimately to grab attention – but this doesn’t explain WHY it happens so often.

The obvious argument is that crypto scammers simply don’t care and can get away with using celebrities to endorse their products because they feel like they’re untouchable.

In part, this is true but does oversimplify the reasoning somewhat. In some cases, they will be people that have a large following in the crypto space (Elon Musk); in others, it’s simply a chance to use a name that is popular at the time – for example, Harry and Meghan were often cited as saying they would use crypto robots to fund their breakaway from the royal family. Of course, these again were unsubstantiated claims. Others, like Gordon Ramsey, have previously stated an interest in cryptocurrency in the public domain – with scammers using interviews/articles as part of their ‘marketing’ materials.

Gordon Ramsy is a worldwide renowned celebrity chef and author. He has created and hosted some of television’s most successful cooking shows. He is also no stranger to cryptocurrency and has revealed in interviews that he’s invested in Bitcoin.

Furthermore, he’s also seen to be endorsing a number of crypto trading robots – both in the UK and US, where he has a large following. Gordon Ramsay’s involvement with trading robots has not been proven and, as such, should be considered as not true.

Mel Gibson is an Australian actor with a wealth of Hollywood films under his belt. His name has been used across a number of Bitcoin robots in Australia due to his wide appeal to the market. Fortunately, Mel Gibson was not involved or even aware of any get-rich-quick crypto scam, and authorities quickly ended it.

Tory Lanez is an American musician who has an interest in cryptocurrency and deals in NFTs. He minted his album into a claimed one million copies of NFTs that he only sold at $1. This will allow his fans to resell their copies on the E-NFT marketplace for higher.

In addition, Tory was seen to be endorsing an NFT-based crypto trading robot; again, the use of NFT in the name made it relevant to Tory Lanez, but there’s been no backup of the claims of the pair being linked.

Ryan Reynolds is one of the most prolific actors of his generation. He’s starred in many successful projects, and anything he gets involved in is almost guaranteed to be a hit. People were excited to hear he endorsed Bitcoin Trader, a crypto trading robot that helps you trade Bitcoin.

However, Ryan has no association with cryptocurrency or trading robots. The rumours are false and unsubstantiated.

Roger Federer is one of the best tennis players in the world, and as you’d expect, people are interested in what he’s doing. And just like Ryan Reynolds, many were excited to hear that Roger was endorsing cryptocurrency robots, another crypto trading robot that claims to make trading easier and more profitable.

However, just like Ryan, these are just rumours, and it has not been confirmed Roger has any association with trading robots.

Should You Trust Celebrity Endorsement of Crypto Robots

When it comes to cryptocurrencies, trading robots, and celebrity endorsements, it’s best to remain skeptical. As you’ve seen, claims are generally false.

However, this is not to say that all trading robots are bad; far from that. Some trading robots will make your trading life easier and help you make money. But you have to research the industry and figure out if robots are right for you, as well as whether there are any safety concerns with a potential robot.

This translates to “BitIQ App – Security and Regulation”. So, even working in non-native languages, you’ll be able to see clearly any of the latest developments associated with a specific robot – and whether you should be worried about the safety of using a robot.

The cryptocurrency industry is still in its infancy, and industry players and the public are still figuring out the best strategies to implement. However, we are not blind to the fact that you’ve probably seen numerous crypto success stories and felt the allure of a quick payday that would solve all your problems. But, as many have gained, just as many have lost money after drops in the value of coins.

In addition, before the industry matures and standardized practices are established, it’s good to remember that celebrities are just as susceptible to these schemes as you and I. So the next time you see an ad on your timeline by Ryan Renolds selling you crypto products, take it as a suggestion, not as scripture.