Smart contracts are computer programs that facilitate, execute and enforce the terms of a contract. They have the ability to store, retrieve and modify data in a decentralized manner using blockchain technology. The first use case for smart contracts was in cryptocurrency trading as a means of automating complex processes that were previously done manually by traders. This is also known as DeFi (decentralized finance).

What is a smart contract?

A smart contract is a computer program that runs on a blockchain network. Smart contracts are executed by the blockchain network, so they’re self-executing and self-enforcing. This means that if you write an agreement in code and put it into circulation, it will execute itself automatically under certain conditions — for example, when someone sends money to your wallet or buys something from your store (or both).

Smart contracts can automate many processes in the business:

How can a smart contract be used in cryptocurrency trading?

Cryptocurrency trading is a complex and risky process. There are many steps involved in it: buying and selling coins on exchanges, managing risk by setting stop orders or margin calls, etc. Smart contracts can simplify these processes by automating some of them — for example, they allow you to set up automated buy/sell algorithms that trigger when prices reach certain thresholds (or even automatically sell your coins when they go below certain values). Smart contracts also offer other benefits: they can help manage liquidity between buyers and sellers (for example, by automatically matching orders from different traders), or manage payment flows between traders so that both parties get paid promptly after completing trades (without having to wait days for funds transfer).

Use cases for smart contracts in cryptocurrency trading

A smart contract is a computer program that executes the terms of a contract. It can be used for escrow, margin trading, short selling, and derivatives trading. Smart contracts have the ability to integrate with other blockchain-based technologies such as oracles (oracles provide external data feeds) and prediction markets that facilitate real-time price discovery on crypto assets.

In order for cryptocurrency traders to make informed decisions about their investments, they need access to real-time market data from multiple sources including exchanges and mining pools as well as trusted news sources like CoinMarketCap which provides detailed information about every coin in existence today including its current price per unit value along with an estimated date when it might reach another milestone known as “airdrop” which usually comes after reaching some sort of minimum threshold amount worth holding onto until then (e).

The security of a smart contract depends on its code

A smart contract is not a website, but it can behave like one. This means that if you want to trust your smart contract and use it as a platform for executing trades on behalf of others, then you should know about the security of its code. It’s important to understand what makes a good coding language: immutability and transparency

Immutable means that once written down in code, its contents cannot be altered or changed by anyone else—even if they’ve compromised your computer system or networked environment (which is often called “white hat hacking”). This property makes it possible for developers to audit their work with mathematical certainty; no matter how many times someone tries changing something within an immutable system after its initial implementation (like changing data itself), there will always be some way for them never get access again because changes aren’t allowed once they’ve been written down onto paper!

What is DeFi and how does it work?

DeFi is a term used to describe decentralized financial applications.

DeFi applications are built on top of blockchain networks and allow users to interact with the blockchain network as if they were interacting with traditional financial institutions, through an interface that allows for seamless access to their funds.

The most common types of DeFi include:

How does DeFi change the game for cryptocurrency owners?

Decentralized finance (DeFi) is a way to get around the volatility of cryptocurrency trading. DeFi allows users to borrow, lend and trade with cryptocurrency as well as make money from their crypto assets. It also provides an alternative liquidity source for cryptocurrencies that don’t have high trading volume or liquidity yet but can be easily traded on exchanges such as Coinbase Pro or Gemini.

Decentralized finance has been around since 2011 when Ethereum was first launched, but in recent years it has taken off thanks to its inherent advantages over traditional banking methods: it’s cheaper than bank transactions; no fees are charged when borrowing money; there are no minimum balance requirement like with savings accounts; and because everything is done digitally through smart contracts instead of physical checks being deposited into someone’s account at any given moment—there are fewer opportunities for fraud since everything happens automatically via computer code (which doesn’t exist).

Smart contracts and DeFi can help traders in a variety of ways.

Smart contracts and DeFi can help traders in a variety of ways.

Smart contracts and DeFi are new technology that could change the way cryptocurrency traders do business. By using these technologies, you can automate your trading and minimize risk while also reducing your reliance on centralized exchanges.

Smart contracts allow automated trades to happen without human intervention, which means that traders won’t have to worry about losing out on opportunities because their orders were delayed or canceled by another party.

DeFi allows users to manage their own funds securely through third-party custodians who hold their digital assets in cold storage while providing real-time access through a user interface such as an app or website interface designed specifically for this purpose. Learn more at tesler. 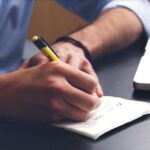 Sandra Paul
I am a content writer with over 5 years of experience in content writing. I created well researched content related to finance, cryptocurrency, stocks and metaverse. My skillset allows me to produce high-quality content that is engaging and informative. I am excited to continue providing valuable information to my readers.