Riot blockchain was formerly a pharmaceutical company, that later changed its name in 2017, when it decided to focus on cryptocurrency. 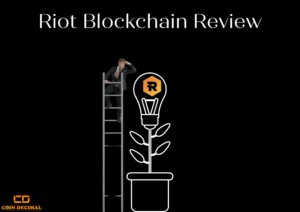 It’s journey in the crypto world started with a series of acquisition that consisted of over 8,000 miners that worked to acquire digital currencies.

What is Riot Blockchain?

Riot blockchain is a new cryptocurrency mining company that aims to be one of the leading producers of bitcoin in North America, the management placed more emphasis on bitcoin mining early last year and promoted former professional poker player and bitcoin miner Jason Les from Board of director to Chief executive officer.

Recently, the company doubled down by purchasing a new batch of bitcoin mining hardware to further generate more coin.

Is Investing in Riot Blockchain a Good Investment?

Just as any investor would ask, would investing in this cryptocurrency earn me more profit? Does investing in riot give you a great opportunity of making profit? Yes, it does.

This is evident in the company’s margin and that’s what it defines as revenue from cryptocurrency mining in excess of mining cost. Through the first three quarters of 2020, the margin was 38.2% compared to 18.5% for the same period in 2019.

The fundamentals help investors to gain knowledge of what contributes to riot blockchain financial success or failures. It enables traders to predict the movement of riot blockchain stock.

This fundamental analysis module provides a way for investors to measure the value of riot blockchain and this is done by examining all of its available economic and financial indicators and drivers. These are :-

Riot blockchain’s debt to equity is calculated by dividing the total debt of the company by its equity. If the debt exceed the equity of a company, then the creditors have more stakes in the firm than the shareholders.

The relationship between different fundamental ratios across Riot Blockchain competition can be analyzed to find correlations between indicators driving Riot Blockchain’s intrinsic value.

Stock peer comparison is one of the most widely used and accepted methods of equity analysis. It analyzes Riot Blockchain’s direct or indirect competition against its Operating Margin to detect undervalued stocks or determine the stocks which would be a good addition to a portfolio.