Skip to content
Post Views: 5,215
Chia Cryptocurrency was incorporated in August of 2017 to develop an improved blockchain and smart transaction platform. They are building the Chia Network to improve the global financial and payments systems. Chia will be the first enterprise-grade digital money.

What is Chia Cryptocurrency 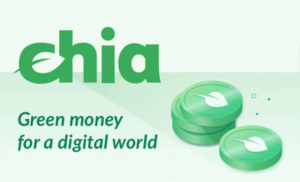 Chia is the first enterprise-grade digital money. Chia is using the first new Nakamoto consensus algorithm since Bitcoin. Called Proof of Space and Time, it was created by Bram Cohen, the best network protocol engineer alive and the inventor of BitTorrent.

Founded by Bram Cohen, the inventor of the BitTorrent network, Chia Network is building a better blockchain and smart transaction platform which is more decentralized, more efficient, and more secure.

Chialisp is Chia’s new smart transaction programming language that is powerful, easy to audit, and secure. The blockchain is powered by the first new Nakamoto style consensus algorithm since Bitcoin launched in 2008. Proofs of Space and Time replace energy intensive “proofs of work” by utilizing unused disk space.

Chia has created three new core inventions and advanced the interest in, and adoption of, a fourth. Furthermore, Chia created the first intended for production BLS Signatures library. Second, Chia is the first production use of Verifiable Delay Functions, or VDFs. Third, Chia created Proof of Space and Time for Nakamoto consensus.

In addition, Chia is the first production use of class groups of unknown order which has spawned significant new research into their applicability to cryptography.

They’re green money! their founder Bram Cohen started the company knowing he wanted to reduce the energy dependence of blockchains through a “green” option.

The concept of farming seemed to be the best metaphor for filling unused disk space and monitoring it for winning sprouts.

This led them to look for a grain that had the properties we wanted to embody with their new Network. The team wanted a name that would be short and impactful.

Everyone was amused that it was also a grain associated with a whimsical meme. Chia Network was born

What is Proof of Space and Time? 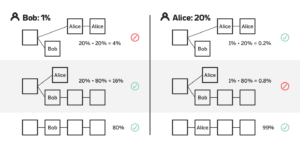 Proof of Space is a cryptographic technique where provers show that they allocate unused hard drive space for storage space.

In order to be used as a consensus method, Proof of Space must be tied to Proof of Time. PoT ensures that block times have consistency in the time between them and increases the overall security of the blockchain.

How does Proof of Space and Proof of Time work?

Proof of space can be thought of as a way to prove that you are keeping some storage unused on your hard-disk drive. Users of the Chia blockchain will “seed” unused space on their hard-disk drive by installing software which stores a collection of cryptographic numbers on the disk into “plots.”

These users are called “farmers.” When the blockchain broadcasts a challenge for the next block, farmers can scan their plots to see if they have the hash that is closest to the challenge.

A farmer’s probability of winning a block is the percentage of the total space that a farmer has compared to the entire network.

Proof of time requires a small period of time to pass between blocks. Proof of time is implemented by a Verifiable Delay Function that takes a certain amount of time to compute, but is very fast to verify.

The key idea of a VDF is that they require sequential computation, and since having many parallel machines does not yield any benefit, electricity waste is minimized.

There will likely be relatively few VDF servers (“Timelords”), as the fastest one will always finish first and it takes only one fast and fair Timelord on the network to complete a block and move the chain forward.

Chia has a newly developed, innovative blockchain programming language called Chialisp, which is powerful, easy to audit, and secure. Chialisp is a superior on-chain smart transaction development environment that will unlock the security, transparency, and ease of use that cryptocurrencies promise.

Is Chia Cryptocurrency a Good Investment?

Chia has a new innovative Nakamoto consensus algorithm that removes the energy demands of Proof of Work from the system. Compared to other cryptocurrencies, Chia has significantly better security due to its more decentralized blockchain.

Chialisp is Chia’s new smart transaction programming language that is powerful, easy to audit, and secure and will unlock the security, transparency, and ease of use that cryptocurrencies promise.

Chia will use its pre-farm (Strategic Reserve) to ease the volatility of the coin to mitigate bubbles and crashes and to drive adoption of chia.

Is the value of Chia Cryptocurrency going to be as volatile as other cryptocurrencies?

We believe that Chia coins will be less volatile than other cryptocurrencies due to the planned nature of their planned public company status which will allow financial institutions to hedge and leverage coins and equity.

Initially, we expect Chia Network to largely be valued based upon the valuation of the chia that the Company will hold on its balance sheet.

There will be more ways to get exposure to the success of chia than traditional blockchain projects.

This will also allow the usual options and derivatives to their stock to be used as something like a synthetic derivative for the price of chia coins.

Additionally, their ability to use the Chia Strategic Reserve may reduce some volatility of chia in the market.

It is Chia belief that the blockchain industry is still led by developers. They intend to be the superior chain for deploying new applications and services as well as being the only serious and secure choice for applications like sovereign backed stable coins.

The Chia Network business will be the first for profit company that manages a pre-farm and we intend to be the first publicly tradable “near ETF” cryptocurrency.

Chia believe that – as Redhat and MySQL AB were necessary to drive corporate adoption of linux and mysql – they will be the source for support and training as sovereigns, financial institutions, and corporations look to use cryptocurrency in daily commerce.

Finally, they believe that they will be able to leverage the storage ecosystem to drive adoption at corporations and end users as hard-drive manufacturers and storage server sellers are likely to bundle space farming into their offerings.