In this article, I will share my honest Stanbic IBTC review or thought about the bank and five reasons why you should choose other banks to Stanbic IBTC.

But before I get started with my story, I want to let you know if Stanbic bank is excellent as many people thought about them. 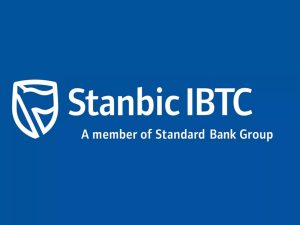 How Good is Stanbic Bank?

Yeah, this is the major question everyone asks before choosing any financial institution to bank with.

This question is vital to ask, but most times, you might not get the exact answer to it if you’ve never got to experience the wrong side of the bank.

Meanwhile, Stanbic bank started well back in 2013 or thereabout when I opened my account.

Sometimes when we tend to follow the sweet talks from the marketers who come to pitch about their banking services and how it could benefit you in one way or the other, we might not know the wrong side of their services until we become victims of circumstances. 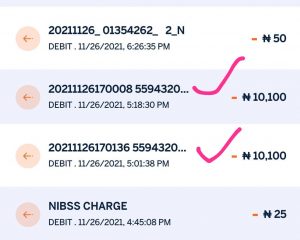 A few weeks ago, which was dated 13th of October 2021.
I purchased energy through my Stanbic mobile app worth ten thousand nairas (N10,000) for home consumption.

After the purchase, I discovered that a token wasn’t sent across as it used to be, but instead, I was sent my meter number, which I considered to be an error.

I contacted customer care at 0700909909909 and spoke with the customer care representative, and the lady told me that I should give the 24 hours that I’ll get my token.

So, I called a friend, and he introduced me to another source where I could get the token which I did and was successful.

From then, I kept calling, and yet nothing was done concerning the issue.

After two weeks of the whole steady calls, a guy who was a CSR to Stanbic was the person who was able to explain the entire issues that caused the delay of the token.

He actually made me understand that it was a general problem from Interswitch that he has reached out to them that it will be resolved within 48 hours, and I will get the token value.

I waited for promised time and reminded them again, all I could get from them was a message of my issue being resolved that if I am not satisfied, I should escalate it.

I called back and told them about the message, but they claimed that they’d resolved it that they had nothing to do about it again.

This now brought me to visiting the Enugu state branch, where I met a customer care woman who was very polite and well mannered.

While I shared my story with her, she tried to assist. Still, unfortunately, this was far beyond her control, and I insisted that I was not going to leave until I recovered my money from them because I’ve spent almost 6 hours during the process and would not want to experience such again. 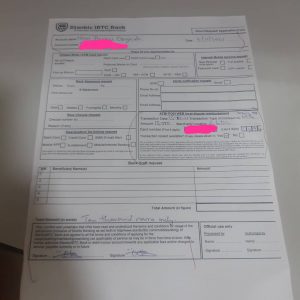 While the situation got out of her hands, the security operatives tried coming in to ensure they’d take the whole stuff up, but I knew it was just a mere talk and demanded to see the manager.

She came down, and I explained to her, and she put a call across Lagos HQ, and the lady from the HQ promised that she had taken the matter up and they’ve resolved it.

Right there, I got a message that my complaint had been registered.

So, I felt a bit relaxed and tried to understand them.

The manager took my name and phone to follow it up and get back to me on Tuesday the following week, which is supposed to be on the 9th of November 2021.

Since then, I didn’t get my money back, nor heard from her…

So I stayed on a low to watch out for the outcome.

So, on the 26th of November, when I made a POS withdrawal, my card was rejected, and no receipt was generated.

Then the lady tried again; it was successful, and she disbursed the cash, and I left the scene.

After about 20 minutes, I got debited for the second time, and I went back to the lady to inform her, and she logged in her POS to show that the transaction didn’t go through that I would get a reversal.

I didn’t argue because I knew it happens most times, and I got a reversal 2 to 3 hours after. So I thought it was business as usual.

24 hours passed, which I know is supposed to have reversed, but I didn’t bother 02:12 hours the next day when I remembered the two transactions and decided to call customer care.

A lady picked up, and she asked a few questions to verify my identity. After successful verification, I explained the recent transaction to her, and she insisted I must bring a receipt which I told her that no receipt was issued.

She said if I can’t get it, nothing will be done….

Oh, I now told her of the experience with the energy bill because it’s an established case that’s already on their desk…

Reasons best known to her, she banged the call on me…

So, I decided to share my experience with this scam bank…

Meanwhile, I’ve been getting failed transactions from airtime purchases of N1,000 severally which at most times I don’t get value for my purchase and do not get a refund.

This really saddens Stanbic bank, and I hope you can sit up and stop defrauding your customers.

Even while I was in the banking hall, other customers were also battling with the same bad experience.

They have lacked customer support lately. If you happen to have a failed transaction, maybe you’ll have to leave the problem for God to solve.

They lack integrity… We all know that integrity is the bedrock of a business.

The mobile app has been scrapped since the last update. I’ve complained several times, but yet no solution has been made.

The account opening process is frustrating. The two people I referred to create accounts had to stress themselves even with their money. Meanwhile, one of them has been outside the country, and he has tried reaching them to resolve issues with his withdrawal but couldn’t.

Stanbic IBTC claimed that they are an international bank, but when a friend that created an account through me went to the Stanbic bank in the present country he relocated to, they rejected his request that even if they bears the same name, that doesn’t mean they can solve his problem. They referred him back to Nigeria… Just imagine…

The customer care number for Stanbic IBTC is 0700909909909. But I can assure you that contacting them these days is just a waste of time.

After reading this Stanbic bank review, and if you’re still looking up to create an account with Stanbic bank, I can assure you that you’ll still experience a similar or more complex issue than this.