This article will discuss the XRP lawsuit update and when it will end. XRP lawsuit resulted from SEC filing a complaint against Ripple Labs executive and the company on the 21st of December 2020. The lawsuit has hugely affected Ripple’s credibility, with investors pulling out their investments.

About The XRP Lawsuit

XRP is facing a lawsuit that significantly affects its credibility in the cryptocurrency market. SEC filed a major complaint against two executives of Ripple Labs and the company in December 2020.

Due to this lawsuit, many investors are pulling out their investment in the company, while some are anticipating a significant increase in profits. Despite the nature of the complaint, there’s still hope that it will be settled soon and XRP will be cleared for trade.

The XRP And SEC Lawsuit Update

The SEC filed a complaint on December 21st, 2020, against Ripple Labs executives and the company. The company, however, rejected the option of meeting SEC’s request; they instead announced that they would defend themselves in court. On March 8, 2021, SEC requested a hearing from the judge.

The judge stressed that Ripple (XRP) token has value and utility, which differentiates it from top crypto assets like Bitcoin (BTC) and Ethereum (ETH). On April 13th, 2021, the commissioner of SEC published the Token Safe Harbour Proposal 2.0 to give a 3 years grace period for developers to understand their partaking in decentralized networks.

The court later extended the SEC’s deadline for releasing internal crypto trading policies from August 31st, 2021, to June 14th, 2021. After these actions, the judge granted SEC until February 17th, 2022, to appeal the demand that Ripple Labs provide certain governmental documents in the SEC’s complaint that the XRP coin is unregistered security.

XRP and SEC have been battling for a long time now; SEC sued a complaint against XRP and its executives. SEC alleged that the XRP sale was an unregistered security offering.

Since then, it’s been a legal battle between the Ripple company and the securities regulator SEC. Investors are patiently waiting for a decision to be comfortable about investing in the asset.

According to a tweet by Stuart Alderoty, Legal Counsel at Ripple, it is understood that the decision on the lawsuit will be settled in 2023. Below are some of the dates and actions to be taken in line with the lawsuit against XRP by the SEC.

XRP is like other crypto assets, which have huge potentials to surge in price and profit for investors and traders. The crypto asset is one that investors can consider buying into, but it’s preferable to invest on a long-term basis. Ensure you research further on the crypto asset before deciding to invest in it fully.

Reasons Why Apecoin is Losing Market to New Cryptocurrencies

Tether – All You Need to Know About Its Functioning

Below are the frequently asked questions and answers on the XRP lawsuit update.

Is XRP Being Relisted?

Yes, XRP is being relisted by some exchange platforms, including CoinGate.

Can XRP Be Reversed?

No, XRP cannot be reversed.

Did Ripple Win The Lawsuit?

Ripple has recorded a major win in its defense against SEC, but the case is still yet to be fully resolved.

What’s The Highest XRP Will Go?

According to various predictions made on XRP, the crypto asset could hit an increase in value up to $3.

Will XRP Ever Be Used By Banks?

Yes, there’s a huge possibility of XRP being used by banks.

Can Banks Use Ripple Without XRP?

Yes, banks can use Ripple without XRP.

Why Would Banks Use XRP?

Banks will use XRP as it’s suitable for fast transactions, lesser cost, and improved security.

How Big Can XRP Get?

XRP is a crypto asset with huge potential. The asset could surge in price between $3 and above.

Why You Should Not Invest In XRP?

The reason why you should not invest in XRP is because of the lawsuit it has against its company by SEC. There’s a massive criticism being faced by Ripple as a result of the lawsuit.

Is XRP Worth Holding?

Yes, XRP is a crypto asset that is worth holding.

Is XRP Coming Back To Binance?

Yes, there’s hope that XRP is coming back to Binance.

When Can I Trade XRP Again?

Currently, there’s no date when you can start trading on XRP. However, after the lawsuit against its parent company, they may be more information.

Is XRP Back On Coinbase?

No, XRP is currently unavailable on Coinbase.

Will XRP Be The Next Bitcoin?

According to diverse predictions, XRP has the potential to become the next big thing in the crypto market.

Like every crypto asset, XRP can potentially increase its price, and it can reach $50.

What Happens If XRP Losses Lawsuit?

The CEO of Ripple has stressed that if XRP losses the lawsuit, they will move the company to another country.

SEC lawsuit against XRP is expected to be resolved soon as the court case seems to be edging to a final stand. Also, some actions are to be conducted in line with the case between September to November 2022. We hope this article provides detailed information on the XRP lawsuit update. Kindly visit our comment section for your views and opinions. 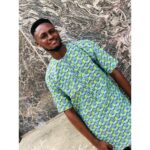 Victor Akpan
I am a content writer with over 2 years of experience in content writing. I create quality and highly researched content on cryptocurrency and forex.