Ethereum emits nearly the same amount of carbon dioxide as Singapore at this time and is the second-largest blockchain, after only bitcoin. If the Merge is successful, it will significantly reduce ethereum’s high electricity usage by almost 99%.

Despite having a difficult few weeks since its announcement, the EthereumPoW (ETHW) team has officially revealed plans to launch its hard fork shortly after the Ethereum Merge on September 15.

The team announced that the “ETHW mainnet will happen within 24 hours following the merge,” referring to their project as “ETHPoW” and the token as “ETHW.” With a countdown timer, the precise time will be revealed an hour before launch.

What is Ethereum Merge All About?

Those skeptical of cryptocurrencies frequently claim that tokens like bitcoin and Ether are useless and use a significant amount of energy. However, their second point is categorically true, whereas the first is divisive and subjective.

The carbon emissions of bitcoin and ethereum are too obvious to ignore in an era where more people believe that reducing climate change should be society’s top priority.

The Proof of Stake technology, which Ethereum will implement in the Ethereum Merge, has been in the works since 2014—long before the blockchain was even established.

It has been postponed numerous times because of the technological difficulty and the significant amount of money at stake. The Ethereum Merge is a part of a series of updates that redefine the blockchain’s fundamentals and were formerly referred to as “ether 2.0.”

Poloniex, Coinbase, and  Bitfinex are just a few of the exchanges that have shown interest in or have already listed the forked version of ETH. According to CoinMarketCap, ETHW has decreased 49% after reaching an all-time high of $141.36 on August 8 to a current market value of $29.52.

Ethereum co-founder Vitalik Buterin stated at the Eth Shanghai conference in March, “We’ve been working on proof of stake for about seven years now, but finally, all of that work is coming together.”

In the week of September 13–15, the Ethereum Mege is expected to take place.

By switching entirely to proof of stake after The Ethereum Merge, Ethereum will completely replace proof of work, the technology that consumes a lot of energy now.

Staking in the cryptocurrency world refers to adding cryptocurrency to a protocol. This may sometimes be done to generate interest. Customers could stake $10,000 and withdraw $11,900 after a year with the 19% interest rate that the terraUSD stablecoin’s developers provided (until it imploded).

Other times, staked cryptocurrency aids in the security of a protocol, like in the case of a proof-of-stake blockchain. The blockchain following the Merge will be more secure the more Ether is staked, as we’ll see soon.

When proof of stake is implemented, miners won’t need to solve cryptographic complexities to validate brand-new blocks. They will instead add ether tokens to a pool.

Imagine that each of these tokens represents a ticket for the lottery: You get the chance to validate the following block and receive the rewards if your token number is called.

The Ethereum Foundation estimates that the system’s electricity consumption will decrease by 99.65% due to the removal of cryptographic complexities.

The mainnet will open 2,048 empty blocks after the Ethereum Merge block, providing padding to ensure that the chainID—a special identifier to distinguish among blockchains—switches effectively and that the chain is the longest chain of ETHW, according to the @EthereumPoW account.

Will Ethereum Price Go Up After the Merge?

Since the start of the year, Ether’s price has fallen by around 55%, and many people expect the Ethereum Merge to increase it. In recent months, this issue has generated considerable discussion in the crypto community, and no one is certain how the Ethereum Merge would affect the price of Ether.

People believe that Ether’s price will soar after the Ethereum Merge for two main reasons. The first is that big firms will find it simpler to invest in Ether and develop ethereum apps if ethereum breaks down its carbon impact.

According to Charbonneau, who was referring to the social, environmental, and corporate governance criteria for ethical investing, “The reality is, if you take the environmental caring part away, there are a lot of people who are not going to use it [ethereum] and not want to invest in it just based on ESG reasons, There are a lot of tech companies that have openly said, ‘we are not going to do anything until after the Merge.”

The second justification offered by some is a little more technical. Ethereum mining is demanding; as electricity costs have increased and cryptocurrency values have decreased, even profitable mining businesses have started to lose money. Miners frequently sell the majority of the crypto they generate to pay costs.

As miners sell their Ether, that generates millions of dollars in sell pressure every day. Since validating blocks is so much less expensive than mining them using proof of work cryptography, miners (or “validators,” as they will be called) won’t have to sell all the Ether they earn once Ethereum has proof of stake.

When ETH Merge Will Happen?

According to Vitalik Buterin, the founder of Ethereum, The Merge will take place between September 13 and September 15. According to Google’s Merge countdown, the update is anticipated to take effect on September 14 at roughly 10 p.m. PT.

Q: What Should Investors Know About the Ethereum Merge?

A: While it’s difficult to determine for sure, some analysts claim there is potential for profit for ethereum investors. Others are still skeptical, while some forecast a rise in ethereum’s price to above $10,000.

All of this, however, is entirely hypothetical at the moment, and many people are watching to see how investors and businesses who are developing their technology on the Ethereum platform will react to the changes.

A:  If anything, the merger shouldn’t impact your long-term investment strategy. It will take some time for everything to come into place, and during this period, other variables like more regulation may impact ethereum and other cryptocurrencies. Instead, take advantage of this time to analyze your risk tolerance level for cryptocurrency and improve your knowledge of blockchain technology.

A: The merger will convert Ethereum to proof of stake, but it won’t increase network capacity. As a result, it won’t affect the cost of gas charges. 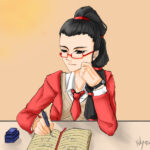