This article will guide you give a full details of all you need to know about Nvidia stock forecast and what the stock would be like in the future.

Before we get started to know more about Nvidia stock price prediction from 2022 to 2030, we need to have a look at what the company is.

Nvidia Corporation is an American multinational technology company founded in 1993 by Curtis Priem, Christopher Malachowsky and Jen-Hsun Huang; and incorporated in Delaware and is based in Santa Clara, California.

It is a company known for developing integrated circuits such as graphics processing units(GPU) for professional markets and gaming and system on chip units for the automotive market and mobile computing. 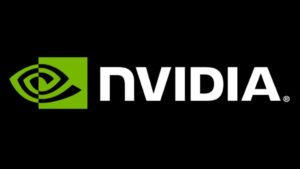 Where Nvidia stock will be in 5 years?

The most significant source of Nvidia revenue last quarter was gaming, generating almost 45% of its top line. The revenue for gaming has increased by 37% year over year to $3.4 billion, thanks to the increased demand for its GPU (graphics processing units) across notebooks and desktops.

According to Jon Peddie’s Research, Nvidia is in a strong position to corner most incremental sales in this market, with 83% of the discrete GPU market under its control. The GPU market is foreseen to clock tremendous growth over the next five years. The Allied Market Research estimates that the GPU market could attain 33.6% annual growth for the next five years and surpass $200 billion in value by 2027; Nvidia is not likely to loosen its hold over this space; thanks to its technology lead over rivals.

Nvidia’s hegemony in the GPU market should accelerate its growth over the next five years as the company is expected to release its new generation of gaming GPUs this year, which could result in more than twice the computing power of the current generations of cards.

Is Nvidia a good stock?

Nvidia has benefited from the high demand for GPUs because of cryptocurrency miners. Essentially, GPUs are best for creating images, and they are also suitable for resolving the problems that result in the creation of cryptocurrency. Since cryptocurrency has become very important and valuable, there have been a lot of people purchasing GPUs to set up cryptocurrency mining rigs that are known to price other consumers out of the GPUs market.

Nvidia’s position as a maker of GPUs will continue to benefit from the said trend, as the demand for GPUs keeps increasing and people keep requesting more.

Jon Peddie Research approximated that its share of the graphics processing unit (GPU) market stood at 83% in the second quarter of 2021. Market research firm Omdia points out that Nvidia’s share of the data and cloud centre GPU market was over 80% in 2020.
It puts Nvidia in a solid position to grow its earnings and revenue quickly in the future. The GPU market is expected to hit $54 billion in revenue by 2026, compared to $23.6 billion in 2020.

Watch this video to learn more

Nvidia’s technical lead and massive revenue growth make it one of the best stocks you can invest your money in and make a good profit due to its increasing demand, and it is a stock with a promising future.