This decryption technology makes NuCypher much more secure and protected than traditional blockchain projects based on public-key encryption, according to NuCypher.

NuCypher (NU) are the native tokens used on the larger NuCypher network. The tokens are used to incentivize network participants for performing key management services and accessing delegation/revocation operations on the network.

The NU tokens are also used for staking to run a NuCypher worker node. The NuCypher network is protected against malicious staking, and would automatically slash a suspected user’s rewards. 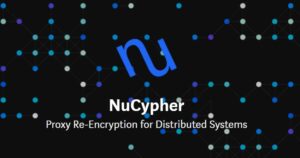 Who Are the Founders of NuCypher?

NuCypher was co-founded by Mikhail Egorov (the founder of Curve) and MacLane Wilkison. The white paper for NuCypher was first published in June 2017, but the testnet did not launch until November 2018.

Egorov formerly served as the CTO of NuCypher. He is a security researcher, physicist and scientist from the Moscow Institute of Physics and Technology.

Co-founder MacLane is a software engineer and the CEO of NuCypher. Prior to his involvement in blockchain, he worked as an investment banker at Morgan Stanley, where he provided financial services to enterprises in technology, media and telecommunications.

Both Egorov and MacLane participated in the U.S. startup accelerator Y Combinator in the summer of 2016. The following year, the whitepaper for the NuCypher project was published.

Check Out Other Reads:

Celo Token and Network: Where to Buy and Price Prediction

Unlike most blockchain projects that are designed to serve customers, better transactions, IoT operations, voting mechanism, and the like, NuCypher was created for other blockchains. NuCypher is a privacy layer for blockchains.

It combines this with the trustless and censorship-resistant nature of conventional public blockchains.

The cryptographic libraries of NuCypher include;

How Many NuCypher (NU) Tokens Are There in Circulation?

At NuCypher’s mainnet launch in October 2020, there was a total supply of 1 billion NU tokens. According to the release schedule, 3,335,938 and 4,460,000 NU tokens are released monthly to the SAFT Series 2 and Team/Equity investors every month.

The network has a max supply of ~3.89 billion NU tokens. The tokens are released monthly as rewards to stakers, according to the staking economics paper.

How Is the NuCypher Network Secured?

NuCypher is a layer 2 resource allocation protocol on Ethereum that uses a proof-of-stake (PoS) mechanism to coordinate worker nodes.

The network runs on a novel node distribution mechanism which NuCypher calls the WorkLock. To run a NuCypher node, a minimum of 2,000 node operators would need to stake 353,913.

The minimum lockup staking period is 30 days. However, NuCypher doesn’t guarantee that staking for longer than one year will provide greater benefits in terms of earning rewards.

Unless the user opts out after a staking period, staking rewards are automatically restaked after each period.

Where Can You Buy Nucypher (NU)?

NuCypher (NU) is popular among online exchanges that trade ethereum tokens. The top exchanges where you can buy, sell, and trade NuCypher tokens currently are:

Our predictions are made on the basis of Historical Data. We are not responsible for any profit / loss.