Cardano Price Prediction: Will Cardano (Ada) Go up at this Bull Run?

Cardano (ADA) is a digital currency that is making a wave in the cryptocurrency market. It is available on the Cardano blockchain, where transactions is permanently done, secured and transparently recorded.

The sudden boom among crypto heads has made Cardano the third-largest cryptocurrency globally in terms of market cap. 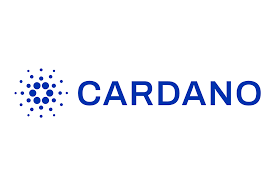 READ ALSO: How to Make NFT Art and Where You Should Sell It

The live Cardaon price at the moment (09:32 AM, August 23, ) Cardano price has gone up by 12.32% in 24 hours, and crypto holds the third position after Bitcoin and Ethereum with a market cap of over $90B. While many platforms have been trying to predict the price of Cardano, predictions about the boom being seen currently have been true.

According to WalletInvestor, the price of Cardano (ADA) might go up to $3.928 in one year and up to $11.010 in the next five years. According to Capital.com, the Cardano price is predicted to touch $3.68 by the end of 2022 and around $10 in the next five years. For those wondering how high Cardano could go, the points below suggest that the cryptocurrency could explode shortly, doubling its current price by the end of this year.

Why Cardano (Ada) Will Potentially Rise?

The ADA cryptocurrency is currently going through an all-time high and is expected to surge to a greater extent soon. There are a couple of reasons for the same, the first being that Cardano claims to be an environment-friendly cryptocurrency.

Based on lower environment friendliness, traders and investors have experienced a massive drop in the prices of the largest cryptos such as Bitcoin.

Secondly, the crypto network is about getting a software update, which will enable it to compete against bigger rivals such as Ethereum.

The update will introduce smart contracts to the network, making Cardano reach more potential investors. The software update might be launched in September 2021. During the recent crypto crash, Cardano showed a resilient nature, and the prices did not fluctuate much.

Is Cardano a good investment?

Understanding whether Cardano is a good investment or not, a one-year review of the Cardano price can be considered. On August 24, 2020, the Cardaon price was about $0.12 and floated around the same for the next couple of months.

While compiling this report, the price is $3, currently $2.79 (August 23, 2021). Considering this pattern, Cardano might touch the $3 threshold by the end of this year, making it a good investment option for short-term investors.

For long-term investors, the price of Cardano is predicted to touch $10 in the next five years. The bullish nature of the cryptocurrency suggests a steep graph shortly. Cardano itself is expecting the prices to rise as high as $3.63 in the coming month.

Cardano (ADA) is growing stronger each day and should be considered to potentially go up when the release of the Cardano smart contract is being announced. Once the smart contract launch is successful, it will become easy for contract functions to be executed on Cardano (ADA). It is advisable to watch out for this cryptocurrency and make an effort to be a part of it.

Tesla Stock Review: Is Tesla a Good Stock to Buy in 2022

How to Create a Metaverse Game – Complete Guide